How Much Will Apartment Rent in Utah Cost Me? A Breakdown of Prices In 16 Cities 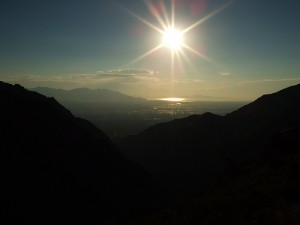 Part of living in Utah is learning how the geography works. In the areas of highest population, the cities blend into each other with no noticeable boundaries, so you’ve got to know which communities fall into which region. Once you know where you’d like to live, you can easily find a nearby community with rent rates that suit your budget.

Salt Lake City itself is small — only 110 square miles, but the combined Salt Lake City metropolitan area has a total population of more than 1.1 million residents. These residents live in various communities throughout a beautiful valley nestled at the base of the Rocky Mountains in the center of a range called the Wasatch Front. Average apartment rent in the valley ranges from $707 in Salt Lake City to $1,451 in South Jordan.

South of the Salt Lake Valley, Utah Valley lies between the southern part of the Wasatch Front and a beautiful lake called Utah Lake. With two of the State’s largest universities (Brigham Young University and Utah Valley University), Provo and Orem are heavily populated with students and young families, which helps keep rent rates fairly low.

North of Salt Lake City, Davis County sits between the northern part of the Wasatch Front and the Great Salt Lake. Communities here are extremely conservative, but very family focused. People are friendly and you’ll never run out of things to do in the great outdoors.

Ogden lies at the northernmost part of the Wasatch Front and a little north of that, you’ll find Logan which is close to the Idaho border. Far to the south, where snow rarely falls, you’ll find St. George, the gateway to Zion National Park, one of the most beautiful places you’ve ever seen.

Regardless of where you rent in Utah, the State is a good place to live. The climate here is very predictable with the fiercest winters being in the north and the warmest summers being far to the south. Rent in the State ranges from $640 per month in Logan all the way to $1,451 in South Jordan, a wealthy suburb of Salt Lake City.

How about you? Any luck finding apartments for rent in Utah? Comment below.

Make Apartment Complexes Fight Over You!
To find your Preferred Apartment, please refer to https://www.marketapts.com/apartments

Looking to Rent in Upscale Neighborhoods in Utah? Apartments in These 4 Cities Are Just for You

Looking for an Affordable Apartment Rental? Utah Has 4 Great Cities That Cost Less Than Salt Lake